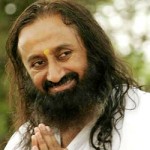 Honored with the double-honorific “Sri Sri”, along with Guruji or Gurudeva, Ravi Shankar has become one of the greatest spiritual & humanitarian leaders of the present times. He had a spiritual inclination right from his childhood and has worked since then to make the world a better place to live in. Founder of the international Art of Living Foundation (AOLF) and International Association for Human Values (IAHV), he aims to relieve stress at an individual level and also alleviate disease and violence at the societal level.

Sri Sri Ravi Shankar started his journey with a handful of people only, but today, he has managed to spread his teaching on a global scale. He deals with various issues ailing people and the society at large, such as conflict resolution, disaster and trauma relief, prisoner rehabilitation, youth leadership, women’s empowerment, female foeticide, child labor and access to education. The AOLF organization, which he had started as a small NGO (Non-Government Organization) in India, has today expanded to 140 countries across the globe.

Sri Sri Ravi Shankar was born on May 13, 1956 in Papanasam, Tamil Nadu, to Sri Venkat Ratnam and Smt Vishalakshi. Since his birthday was on the same date as that of 8th century CE Hindu saint, Adi Shankara, he was christened Shankar. Right from the tender age of 4, Shankar recited verses from the Holy Bhagwad Gita. Seeing his interest in Hindu scriptures and the Vedas, his father appointed Maharishi Mahesh Yogi as his son’s spiritual master. His teacher called him Ravi, and thus the name Ravi Shankar. It was under the guidance and inspiration of his teacher that Shankar received his degree in the field of Science.

On completing his education, Ravi joined Maharishi Mahesh Yogi as his follower. His career as a spiritual leader began when he started teaching Vedic Pundits, at Maharishi’s charity in Delhi, and organizing Yagyas. Maharishi became very fond of Ravi, leading people to believe that the latter was his favorite disciple. Maharishi also took Ravi, along with him, on a trip to Switzerland. It was in 1982 that Sri Sri Ravi Shankar observed 10 days of silence, on the banks of Bhadra River in Shimoga (Karnataka). It was thence that he discovered Sudarshan Kriya, a breathing technique, thus marking his journey towards global acknowledgement and the setting up of his ‘Art of Living’ Foundation (AOLF). With time, he came to known as Sri Sri Ravi Shankar.

A non-government organization, Art of Living Foundation (AOLF) was established by Sri Sri Ravi Shankar in the year 1982. Though teaching people the art of Sudarshan Kriya served as the main focus of this organization, with time, Ravi also taught the science of yoga, meditation as well as breathing techniques to people. Today, AOLF is one of the largest volunteer-based organizations in the world, with presence in over 140 countries. It works for the educational and humanitarian development of the world at large.

It was in 1997 that Sri Sri Ravi Shankar founded the International Association for Human Values (IAHV), along with Dalai Lama and other people. The main aim of the organization is to enhance the quality of life of people, by creating an awareness of inner silence and wellbeing. Apart from teaching the world the value of equality, IAHV also educates them about the value of respect, consideration, non violence, social service ethic and being an environmentalist.

The vision of Sri Sri Ravi Shankar is to create a stress-free and peaceful world, through the acquisition of wisdom. He states that his programs aim to provide people with practical tools to attain wisdom. Sri Sri Ravi Shankar emphasizes on creating a link between body and mind, through breathing. He says that breathing is the only tool that can relax the soul, mind and body of a person. Apart from this, he also stresses on meditation and service to others. Sri Sri believes that while science deepens the mystery of creation, spirituality intensifies the mystery of self. Right from the victims of 9/11 attack & war-ravaged Iraqi people to tsunami sufferers & hurricane Katrina victims, his teachings have proved beneficial in reducing the stress and mental tension of all.