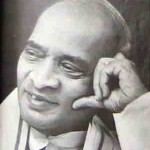 P.V. Narasimha Rao was the ninth Prime Minister of India (1991–1996).[1] He led an important administration, overseeing a major economic transformation and several home incidents affecting national security of India. Rao accelerated the dismantling of the Licence Raj. He is often referred to as the “Father of Indian Economic Reforms”. He is best remembered for employing Dr. Manmohan Singh as his Finance Minister. Dr. Manmohan Singh launched India’s free market reforms that rescued the almost bankrupt nation from economic collapse. Rao was also referred to as Chanakya for his ability to steer tough economic and political legislation through the parliament at a time when he headed a minority government.

Rao’s term as Prime Minister was an eventful one in India’s history. Besides marking a paradigm shift from the industrializing, mixed economic model of Jawaharlal Nehru to a market driven one, his years as Prime Minister also saw the emergence of the Bharatiya Janata Party (BJP), a major right-wing party, as an alternative to the Indian National Congress which had been governing India for most of  its post-independence history. Rao’s term also saw the destruction of the Babri Mosque in Ayodhya which triggered one of the worst Hindu-Muslim riots in the country since its independence. Rao died in 2004 of a heart attack in New Delhi. He was cremated in Hyderabad.

P.V. Narasimha Rao had “humble social origins”. He was born at Laknepally village -Near Narsampet in Warangal District to a Niyogi Telugu Brahmin family. At the age of 3 years he was adopted and brought up to Vangara village in the present-day Karimnagar district of Andhra Pradesh (then part of Hyderabad capital city of the state of Andhra Pradesh). His father P. Ranga Rao and mother
Rukminiamma hailed from agrarian families.

Narasimha Rao was popularly known as PV. He studied Bachelor’s in the Arts college at the Osmania University and later on went to Fergusson College now under University of Pune where he completed a Master’s degree in law His mother tongue was Telugu and had an excellent grasp on Marathi. In addition to eight Indian languages (Telugu, Hindi, Urdu, Oriya, Marathi, Bengali, Gujarati, Tamil), he spoke English, French, Arabic, Spanish, German, Greek, Latin and Persian. Along with his distant cousin Pamulaparthi Sadasiva Rao, Ch. Raja Narendra and Devulapalli Damodar Rao, PV edited a Telugu weekly magazine called Kakatiya Patrika in the 1940s. PV and Sadasiva Rao used to contribute articles under the pen-name Jaya-Vijaya.

Narasimha Rao has three sons and five daughters. His eldest son P.V. Rangarao was an education minister in Kotla Vijaya Bhaskar Reddy cabinet and MLA from HanmaKonda Assembly Constituency for two terms. His second son P.V. Rajeshwar Rao was a Member of Parliament of the 11th Lok Sabha (15 May 1996-4 December 1997) from Secunderabad Constituency.

Narasimha Rao was an active freedom fighter during the Indian Independence movement and joined full time politics after independence as a member of the Indian National Congress. Narasimha Rao served brief stints in the Andhra Pradesh cabinet (1962–1971) and as Chief minister of the state of Andhra Pradesh (1971–1973).His tenure as Chief minister of Andhra Pradesh is well remembered even today for his land reforms and strict implementation of land ceiling acts in Telangana region. President rule had to be imposed to counter the ‘Jai Andhra’ movement during his tenure.

When the Indian National Congress split in 1969 Rao stayed on the side of then Prime Minister Indira Gandhi and remained loyal to her during the Emergency period (1975–77).[11] He rose to national prominence in 1972 for handling several diverse portfolios, most significantly Home, Defence and Foreign Affairs (1980–1984), in the cabinets of both Indira Gandhi and Rajiv Gandhi. In fact it is speculated that he was in the running for the post of India’s President along with Zail Singh in 1982.

Narasimha Rao may be denied the credit by the present Congress leadership for taking the Indian economy well above the ‘Hindu rate of growth’ of two to three per cent per annum. But they do not let

the public forget his greatest defeat, which was his failure to stop the demolition of the Babri Masjid in December, 1992……From the point of view of the present Congress leadership, Rao’s problem was not just that he was not a Nehru-Gandhi, it was also that as prime minister he did not genuflect enough to the Nehru-Gandhis……Now that the Nehru-Gandhis once more control both party and government, P.V. Narasimha Rao has become the great unmentionable within Congress circles. I should modify that statement — Rao can be mentioned only if it is possible to disparage him. Thus his contributions to economic growth and to a more enlightened foreign policy are ignored, while his admittedly pusillanimous attitude towards the kar sevaks in Ayodhya is foregrounded……To forget his achievements, but to remember his mistakes, is a product of cold and deliberate calculation.

Commenting on the report of the Liberhan Commission, which exonerated Rao for his role in the Babri Masjid demolition, Indian Express editor Shekhar Gupta writes:

He surely failed as prime minister to prevent the tragedy at Ayodhya. But his rivals in the Congress did their own party such disservice by spreading the canard that his (and their) government was responsible for that crime. This, more than anything else, lost them the Muslim vote in Uttar Pradesh and Bihar any dispassionate reading of recent political history will tell you that this is a self-inflicted injury. The Congress has itself built a mythology whereby the Muslims have come to hold their party as responsible for Babri as the BJP If you take Justice Liberhan’s indictment of so many in the BJP seriously, you cannot at the same time dismiss his exoneration of Rao, and the government, and the Congress Party under him. You surely cannot put the clock back on so much injustice done to him, like not even allowing his body to be taken inside the AICC building. But the least you can do now is to give him a memorial spot too along the Yamuna as one of our more significant (and secular) prime ministers who led us creditably through five difficult years, crafted our post-Cold War diplomacy, launched economic reform and, most significantly, discovered the political talent and promise of a quiet economist called Manmohan Singh.