Microbes under the sea

Microbes under the sea 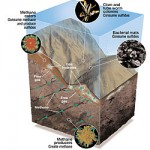 The ocean depths are home to myriad species of microbes, mostly hard to see but including spaghetti-like bacteria that form whitish mats the size of Greece on the floor of the pacific, scientists said.

The survey, part of a 10-year census of marine life turned up hosts of unknown microbes, tiny zooplankton, crustaceans, worms, burrowers and larvae, some of them looking like extras in a science fiction movie and under-pinning all like in the seas.

In no other realm of ocean life has the magnitude of census discovery been as extensive as in the world of microbes. Said Mitch Sogin of the Marine Biological Laboratory in Woods Hole, Massachusetts, head of the marine microbe census.  The census estimated there were a mind boggling “nonillion” individual microbial cells in the oceans, weighing as much as 240 billion African elephants, the biggest land animal.

Getting a better idea of microbes, the hidden majority that makes up 50-90% of biomass in the seas, will give a benchmark for understanding future shifts in the oceans, perhaps linked to climate change or pollution.

Among the biggest masses of life on the planet are the carpets on the seabed formed by giant multi-cellular bacteria that look like thin strands of spaghetti.  They feed on hydrogen sulphide in oxygen starved waters in a band off Peru and Chile.