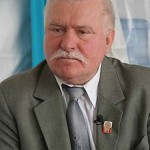 Born to a family of peasant farmers on Sept 23, 1943 in Popowo in Poland, Lech Walesa started of as an electrician at shipyard in Gdansk. A devout Roman Catholic, he was shocked by the repression of workers’ protests and made inroads with small opposition groups. Despite being sacked from his job, he climbed over the perimeter wall of the Lenin shipyard at the age of 37 to join the occupation strike. With his electrifying personality, quick wit and gift of the gab, he was soon leading it. He moved his fellow workers away from mere wage claims towards a daring political demand: free trade unions. When Polish communists agreed to this, the new union was christened Solidarnosc (solidarity). Soon it had 10 million members and he became the undisputed leader of the Solidarity. For 16 months they struggled to find a way to co-exist with the Communist state, under the constant threat of Soviet invasion. In 1981 martial law was declared and Walesa was jailed for 11 months and then released.

He was awarded the Nobel Peace Prize in 1983. The advent of Mikhail Gorbachev in Kremlin brought new hope to Walesa and his colleagues. In 1988 another occupation strike was held in the Lenin shipyard. A few months later Polish Communists entered into negotiations with Solidarity at the first Round table of 1989. Walesa and his colleagues secured semi-free elections in which Solidarity proceeded to triumph. Thus Poland got its first non-Communist prime minister in more than 40 years. However he soon became disillusioned and accused his former advisors of running the country in cooperation with former Communists. Fighting a populist campaign against his own former advisors, he was elected in 1990 as Poland’s first non-Communist president, a post he held until 1995. Some people liked his outspoken style. Others found him too undignified to be the new democracy’s head of state. His critics also accused him of being authoritarian. Ironically, in 1995, a former Communist Aleksander Kwasniewski defeated him. Walesa went back to Gdansk to his villa, his wife and their eight children.

At 54, he recently announced the formation of his own political party. Like Gorbachev, he finds it very difficult to accept that he has become a historical figure rather than a politician with serious chances.