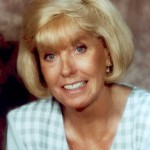 Betty Williams is the President of the ‘World Centers of Compassion for Children’ and the Chairperson of ‘Institute for Asian Democracy’. She is also a co-founder of ‘Community for Peace People’, an organization established for and dedicated to bringing peace and harmony in the world by denouncing violence and war. She is not a political figure neither does she have a strong political background, but it could not prevent her from raising voice against the evils of society and escalating menace of terrorism in the World. Though sometimes her campaigns have been restricted to her native land, the humanitarian appeal of her efforts has drawn attention from across the world. Betty Williams has received recognition and appreciations for advocating and establishing a society where in children are not subjected to terror and violence and where people of all community live in harmony. She was awarded the Nobel Peace Prize in 1976 in the light of her work for children and women.

Williams was born on 22 May 1943 in Belfast, a place in Northern Ireland. Her father, Mr. Smith was a butcher while her mother was a devoted house wife. Betty received her primary education from St. Teresa Primary School, Belfast and went to St. Dominic’s Grammar School for higher studies. Upon completing her formal education, she took up a job of office receptionist.

She got married to Mr. Ralph Williams on 14 June 1961 in Burmuda and gave birth to two children; her son Paul and daughter Deborah. Her son Paul is renowned football player. After the couple divorced, she married James Perkins in 1982 and moved to Florida, where she tutored and lectured extensively. In year 1984, she became speaker of the year and was granted the Eleanor Roosevelt award by the International Platform Association.

Witnessing the death of three children on 10 August 1976 proved to be a turning point in her life. The critical incident took place when the children were hit by a car whose driver, an IRA absconder, was shot and killed by British authorities. The tragic event forced their mother Anne Maguire, who had witnessed the killing of her children, to commit suicide. Moved by the occurrence, the grieved Williams obtained around 6,000 signatures on a petition for peace with in two days of the incident. The campaign for peace gained attention from across the country. With the help of Mairead Corrign, Anne Maguire’s sister, Williams then co-founded the Women for Peace, which later was called The Community for Peace People.

Under her leadership and personal involvement, the organization held mass protests and a peace march to the graves of the children. The peaceful march of 10,000 Protestants and catholic women was diffused by the Irish Republican Army, though it could not stop the movement and the next campaign was attended by 35,000 protesters. During that time, the two women met McKeown, and they three together co founded the Peace People.

Declaration of the Peace People

McKeown, cofounder of the Peace People, wrote the original declaration, which states that “Message of the campaign to the world is peace, building a society where people can live and love. The purpose of this organization is to create a society where children are not subjected to violence and terror, as we recognize that every bullet fired and every bomb exploded snatches away our right to a peaceful society and a joyful life. We recognize that such a society needs dedicated work and courage and we people pledge to dedicate ourselves to the work we have taken as our goal.”

Williams has been often dragged into controversies because of her comments on George W. Bush, President of the United States. On 14 July 2006, while delivering a speech to school children, she was reported saying, “I would like to kill George W. Bush.” Betty held him responsible for mass killing in the Middle East, in which thousands of children were killed. She believed that, it’s the duty of every human being to protect human life, and failing this duty, we lose our right to life and joy. In spite of her outrageous remarks on Bush, though she later apologized; she was never questioned or investigated by the American Authority, as threatening the President’s life is a crime.

Betty Williams was awarded the Nobel Peace Prize in 1976 for her role in establishing a peaceful society and promoting a peaceful resolution in Northern Ireland. Other honors and awards won by her include People’s Peace Prize of Norway, the Schweitzer Medallion for Courage, the Martin Luther King Jr. Award, the Eleanor Roosevelt Award and the Frank Foundation Child Care International Oliver Award. She was awarded the Rotary Club International “Paul Harris Fellowship in 1995.